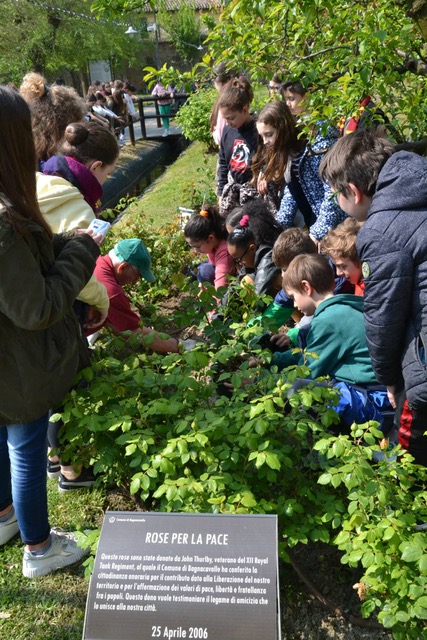 The students of the fifth grade of the Berti Primary School in Bagnacavallo participated, on Wednesday 17 April, in the final moment of a project dedicated to the memory of the Second World War in our country. At the Giardino dei Semplici, coordinated by the Wartime Friends Association and accompanied by teachers, girls and boys have planted some “Roses for peace” supported by the Search for the Moon volunteers.

The initiative is part of a broader project on the theme of peace dedicated to schools and was born on the proposal of the students themselves, who decided to restore some of the twenty-four roses donated in 2006 by the former military John Thurlby, an honorary citizen of Bagnacavallo residing in Stone, an English city friend of Bagnacavallo. Together with Alan Corlett Wood, he fought in our area during the last months of World War II.

The president of the twinning association Amici di Neresheim, the mayor of Bagnacavallo and the councilor for educational policies were present at the initiative. 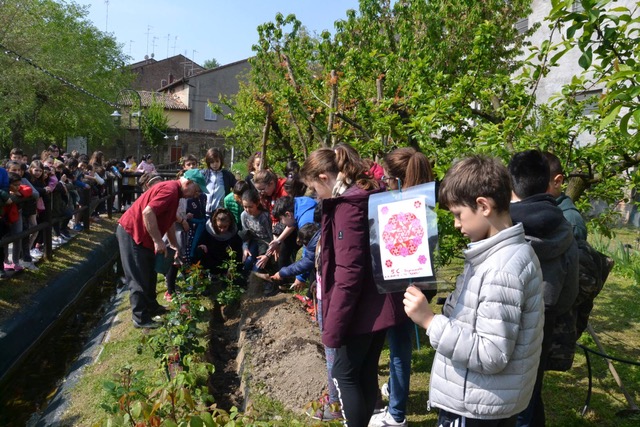